A READING IN PARIS 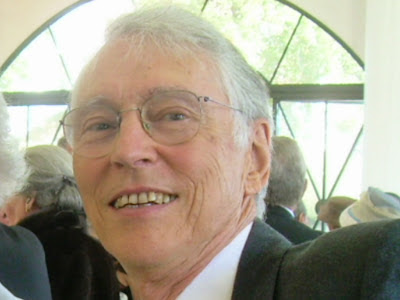 I'm delighted to announce that Michael Francis Gibson,
recently appointed Ambassador of Gondwana in Paris and
author of the Scholarly Introduction to
The Riddle of the Seal
(the first volume of Miguel Errazu's trilogy Chronicles of the Greater Dream)
will be reading passages of Miguel's book at the Paris bookshop,
Shakespeare & Co, 37 rue de la Bucherie Paris 75005
Phone 01 43 25 40 93
on Monday 28 January, 2008 at 7 PM.
Posted by Paddy's Blog at 19:48 No comments: 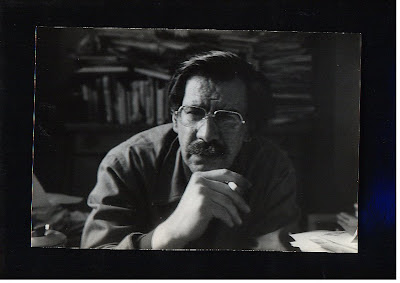 Christian Dotremont moved to Gondwana because the climate there appeared to be good for his health.
He'd been detained in a clinic for some time after having been found unconscious in the streets of Brussels.
When he regained consciousness the following morning, the chief physician was standing at his bedside, respectfully attended by his interns.
"Do we speak French?" the physician inquired.
Christian thew him a penetrating glance through his still-heavy lids:
"Have we studied medicine?" he retorted.
He and a fellow patient later made good their escape, leaving a note for the hospital staff:
"You'll never get us alive."
Before departing for Gondwana, Dotremont sent the love of his life, Gloria, an "anti-suicide note":
"Sweetheart, by the time you read this, I shall be... alive."
In Gondwana, Christian found his calling as a wandering epigrapher. He recorded and published a number of highly significant inscriptions he had found in various parts of the country.
Among these was the inscription found above the Tower of Night in Eburnea:
“To Night, without whom all things would only be what they display.”
And above all the device engraved on the royal seal known as the Diard-en-Dnaid:
"The possible holds the real on a leash. The opposite would be intollerable."
Some commentators argue that the "possible" referred to here is in fact the human imagination. Others hold that it designates the as yet unfulfilled potentional of the world process. There may not be any actual contradiction here.
Christian is also the author of a series of aphoristic poems written on paper or inscribed in the snow:
"Fate is at the door.
There is no door.
There is no fate."
Above all, he is the author of courtly love poems to Gloria:
"Today, I'm writing to Gloria.
That's my job.
I'm a writer-to-Gloria.
I do this to seduce her.
I work eight hours a day
Writing to Gloria:
First, the rough draft,
Then the clean copy.
That's my strategy.
But sometimes I also take time out.
Sometimes even a year
So she misses my letters."
Posted by Paddy's Blog at 09:50 No comments: